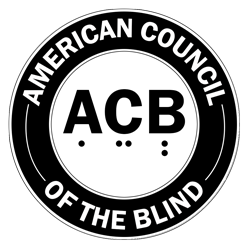 On Saturday, December 14, 2019, GNYCB held its annual Fundraising Brunch at PARNELLíS IRISH PUB located at 350 East 53rd Street and First Avenue. This restaurant is quite accessible to everyone's needs. InÝtotal, 41 people attended which included members from our GNYCBÝchapter, members from the Visions Senior Center, NFB PresidentÝMindy Jacobsen, as well as friends and family. Food and drink were plentiful, ranging from traditional Irish fare of Fish & Chips to American favorites, such as the old-fashioned hamburger. Various gift cards were donated and raffled off,Ýresulting in a gain of nearly $1,000 for our chapter, which will be used to defray some of our operating costs. Not bad for an afternoon of fun and lively conversation! We hope you willÝjoin us forÝnext fallísÝbrunch, whenÝwe plan on returning to the same venue.ÝWatch for details coming next summer.

On Oct. 18, 2019, at Selis Manor, Spectrum demonstrated accessibility features that they offer, such as the Talking Set-Top Box (Guide Narration on Spectrum World Box 2.0) and the accessibility features on the Spectrum TV app on Apple TV. Attendees had a chance to learn about Spectrum Mobile and the fully accessible experience that Spectrum has created for customers with disabilities on the latest addition to their product lineup. This event was a part of GNYCBís continuing series of bringing the cable providers to you to answer your questions in person.

On July 14, 2019, seven members of the Greater New York Council of the Blind assembled at Selis Manor to participate in the fifth annual New York Disability Pride Parade. Our undaunted team was led by Terence Page, our president. He told us to ìlet New York know we are proud and blind.î Infused with resolve, we marched down the parade route, which began at Fifth Avenue and 25th Street and ended at 14th Street and Union Square. Mirko Kunstek and William Gluck held our State banner high, followed by Terence Page, Robert Weekes, Karen Kacen, Chantel Pena, and Derek Pollitt. As we approached 25th Street and Fifth Avenue, one could feel the excitement in the air. There were clowns, floats, information on disability support agencies, and people from the entire New York disability community. Once the parade got underway Terence Page shouted out, ìWho are we?î The small but intrepid group shouted back, ìWe are ACB, the American Council of the Blind.î As we made our way down the parade route, we passed out our business cards to members of the public. When we waved our canes in the warm July afternoon air, one could feel the crowd was as excited as we were. As with anything, all things must inevitably come to an end, but not before we took time to congratulate one another on making ACB history.

On June 1, 2019, the Greater New York Council of the Blind continued its goal of having the cable providers address your issues in person. Shavi Shapiro, a representative of Verizon, addressed our organization. He stated that Verizon is dedicated to making our viewing experience as pleasurable as possible. He said he is not a specialist in accessibility. He stated, ìI will try to answer your questions as best as possible.î With a smile he said, ìPlease take it easy on me,î followed by light laughter. Mr. Shapiroís primary responsibilities are selling Verizonís cable products and services. Shapiro was bombarded with questions, which he had very few answers to, but he promised he would return with more information.

The Q and A section of our meeting went on for about 45 minutes. Some of the questions posed were: Does Verizon have an accessible contract? Does Verizon have an accessible website? Is Verizonís app accessible? Does Verizon have a person that just deals with the visually impaired community? and Why doesnít Verizonís Accessibility Department stay open past 5 p.m.? Terence Page, President of the chapter, jokingly said some of us stay up past 2:00 sometimes. When Mr. Shapiro stated that Verizon (at the time of this article) did not have a visually impaired representative at their company, there were members at the meeting who shouted out a desire to work for Verizon, such as Victor Andrewsóa Board member and the person responsible for arranging Mr. Shapiroís appearance. He suggested, ìI will work for Verizon!î There were smiles and laughter all around. Verizon does have a talking remote and set-top box and will provide your bill in large print and Braille.

Overall, the presentation was not very informative, but we appreciated Mr. Shapiroís coming to our meeting and having the courage to attempt to answer our questions. We at GNYCB will ask Verizon to return and keep us and you informed on their accessibility updates.

A Library That is Not For Us

On April 24, 2019, Terence Page and Derek Pollitt wandered into Lincoln Centerís Library of the Performing Arts. The library is a magnificent two-story reserve at the edge of the plaza with a white stone faÁade and inlaid oak grain paneling throughout the interior, with polished gray granite floors. It is dedicated to housing thousands and thousands of recorded performances on DVD, from dramas, comedies, musicals, ballet, modern dance, operas and much, much more. And would you believe there are only maybe eleven audio-described performances on DVD, and only five are on the premises, though Mr. McMullin, a librarian in the Rodgers and Hammerstein Division, wasnít even sure! He could not tell us if the libraryís streaming service Kanopy which was started in 2017, had audio-described movies.

After informing Mr. McMullin about our issues, he sent me an email from the Head Librarian promising to address our complaints. He stated this may take a while and that the process is slow, but that they will address our concerns.

We at GNYCB will stay on this situation and make sure we get what we pay for. After all, libraries are for everyone.

On April 24, 2019, CUNY held its annual College Assistance Program (CAP) Conference for Disabled Students at John Jay College. CAP is a program designed to help students transfer from the classroom to the work environment. The conference was well-attended by the CUNY colleges and some private colleges and universities, such as Fordham University and the School of Visual Arts. Victor Andrews, a member of our Board of Directors; Derek Pollitt, Head of our Membership Committee; and Terence Page, President of our chapter, were allowed to attend this event because of our association with Mr. Andrews, saving our organization the $500 entrance fee. Our chapter was granted time at the podium to introduce our group, its accomplishments, and our website.

The MTA Meets Us
by Terence Page

On Feb. 1 and Feb. 15, 2019, GNYCB hosted the MTA Accessibility Team (Rachel Cohen, Sara Bahary and Mary OíBoyle) to address our questions and concerns about traveling by subway, bus, and Access-A-Ride. During this two-day session, many questions were posed to the MTA Accessibility Team, and they answered 98 percent of them. When someone posed a question during the seminar that couldnít be answered at that time, they were offered an email contact for further info. I was especially impressed on the 15th of February when Ms. Bahary and Ms. OíBoyle stayed an hour and a half past their scheduled time and still managed to continuously answer questions and hand out their business cards in Braille.

January 5, 2019 - At a meeting of the Greater New York Council of the Blind, an overwhelming vote was passed to donate $1,000 to The Filomen M. D'Agostino Greenberg Music School. The director, Dr. Leslie Jones, came to the November meeting of GNYCB to explain the issues facing the music school. Dr. Jones explained to all in attendance how the music school was doing after Lighthouse Guild decided to close the school. She stated this could be a great opportunity for the music school because it could promote its accomplishments, fundraise, and look for a permanent location. Dr. Jones impressed the room by announcing that The Filomen M. D'Agostino Greenberg Music School is the only community music school in the country that specializes in teaching and training blind and visually impaired musicians. The music school is also a resource center for blind and visually impaired musicians--not just in New York, but around the country. The music school provides services far beyond music lessons. It also transcribes ccompositions into Braille and provides music teaching material in Braille and large print. Now that the music school is independent from Lighthouse Guild, the school is free to be a completely independent music school. Currently, the music school is seeking a permanent residence but is sure it will find a suitable space soon.

We in the Greater New York Council of the Blind encourage all persons and all chapters to reach out and support the music school. We were so thoroughly impressed by the accomplishments of the school that we felt it needed our support. Most of our members at some point have attended the music school and felt we owed it a debt of gratitude for bringing the joy of playing an instrument or singing into our lives.

ACB Wants the Cable Providers to Keep Their Promise

On January 5, 2019, the new President of the Greater New York Council of the Blind, a chapter of the American Council of the Blind, brought forth his agenda for his term. Mr. Terence Page stated that he wanted GNYCB to demand that cable providers do what they're obligated to do by law. Our money is just as good as everyone elseís, so why are we getting inferior service? Mr. Page went on to say Spectrum, Verizon, and CableVision are not providing audio description, accessible billing, accessible contracts, accessible channel guides in Braille or large print, or accessible Web sites, among other issues. The providers are not guilty of breaking all of the ADA (Americans with Disabilities Act) and FCC (Federal Communications Commission) rules, but they all break the law in one way or another. My goal is to bring all of the cable providers to our chapter to answer the question ìWhy?î.

With this goal in mind, Victor Andrews set off with a dogmatic and relentless goal to have a cable provider meet with our chapter.Ý Mr. Andrews has been very successful at getting the cable companies' attention. On March 2 from 2:00-4:00, the Disability Specialist from Spectrum, Petr Kucheryavyy, was the first to address our concerns. Mr. Andrews hopes to get Verizon to confirm for our April 6 or May 4 meeting.

We at GNYCB invite all to attend and get your questions answered without having to listen to that annoying hold music!


Shop on Amazon Smile and 0.5% of the purchase price of eligible products will be donated to GNYCB.

Go to the homepage